An elopement inspired by simple love and happiness.

Ophelia & George first came to Santorini on a cruise where they had less than a day to explore as much of the island as they could.

Mesmerized by the endless blues, as so many others, and the breath taking views, they spent their time exploring, trying to meet locals and imagining what life on this beautiful island must be like.

Both from Hawaii, George and Ophelia always thought they would just get married there but when the time got closer and they realized just how much planning was included in a day they really just wanted to enjoy for the two of them, they spontaneously booked a villa and just decided to elope.

The theme was simplicity. It was just the two of them with views as far as the eye could reach so in order to not take the attention away from the details they really cared about, we just went with subtle hints of décor and gave emphasis to the bridal bouquet.

An elopement at the villa with Caldera views, a romantic dinner after, just the two of them and a photo shoot to commemorate the day.

“Very early on in the planning procedure we just realized all this hustle is just not for us. We just wanted to enjoy the day together but really enjoy it, really be able to take in each moment and feel the feelings you are supposed to. We didn’t want a big wedding or a big party. We just wanted beauty, simplicity and time to enjoy everything so we just decided to elope. At our first discussion about the “where” we both just said “How about Santorini?. We burst out laughing and just never talked about the location again. Santorini it was. We couldn’t be happier with our decision of eloping, especially to such a spectacular place and Niovi really did make everything happen easily, without fuss or problems so now we have a day that we will never forget that just filled us with so many beautiful feelings”.

The elopement of Ophelia and George took place at Aenaon Suites, where they had a villa suite all to themselves with private balcony and private pool. The views stunning, just blues blues blues.

“We really felt we chose the best location possible.”

Our Favorite Memory as a couple

“When we said our “I Do’s, by the pool, with the Caldera at our feet. That moment felt surreal. I think that has to be our fav moment”

Our Advice to Those Planning Now 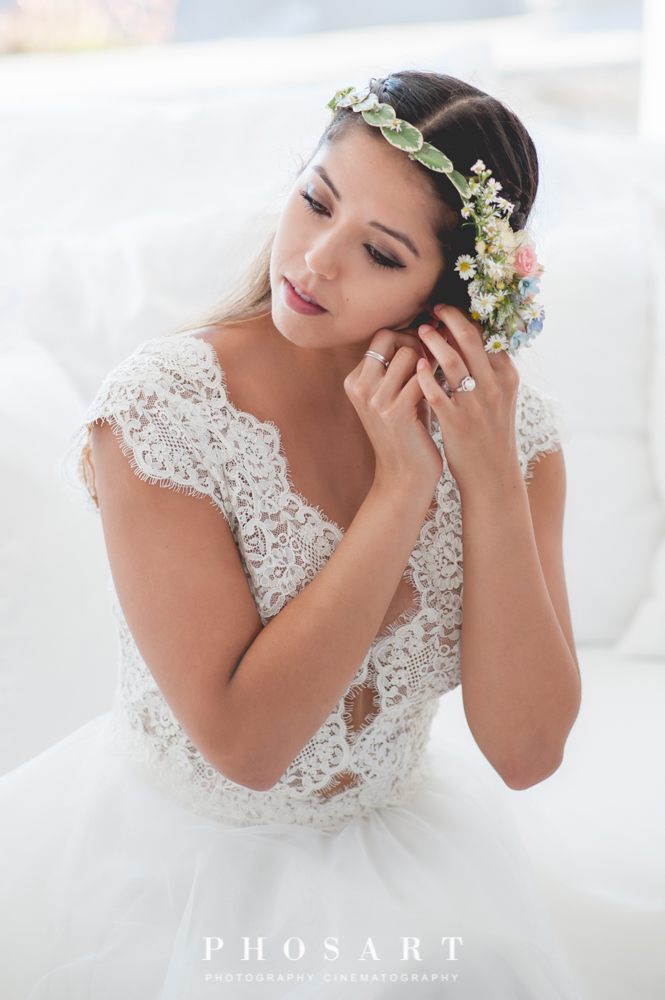 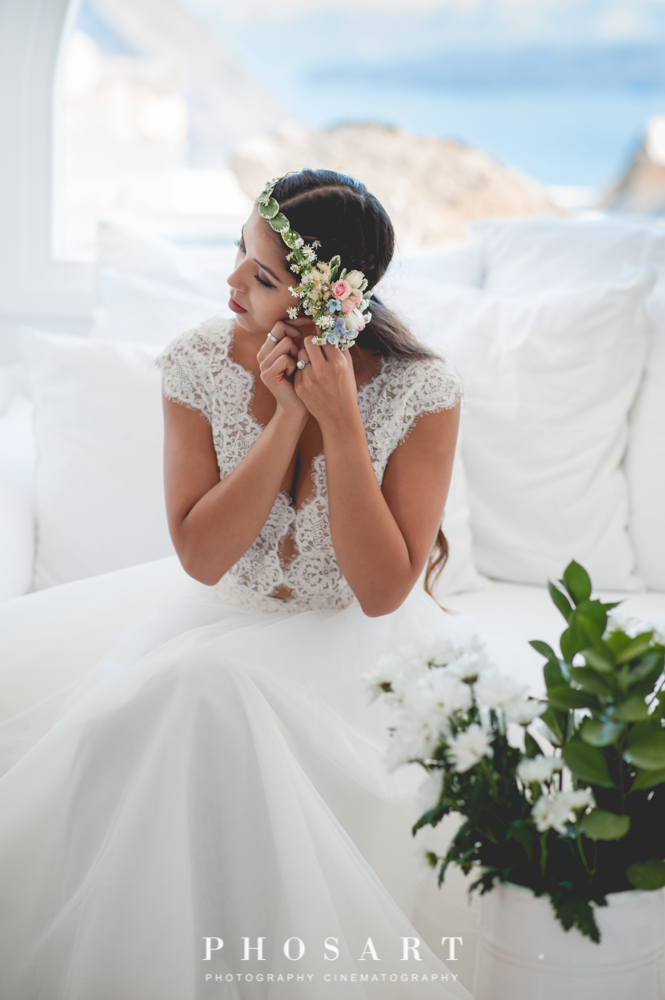 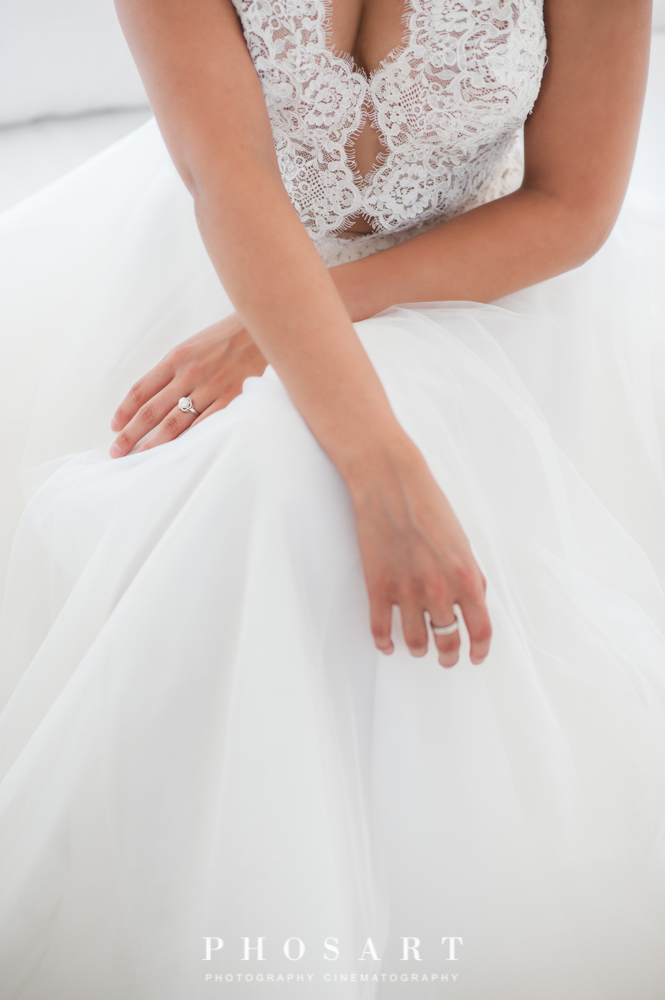 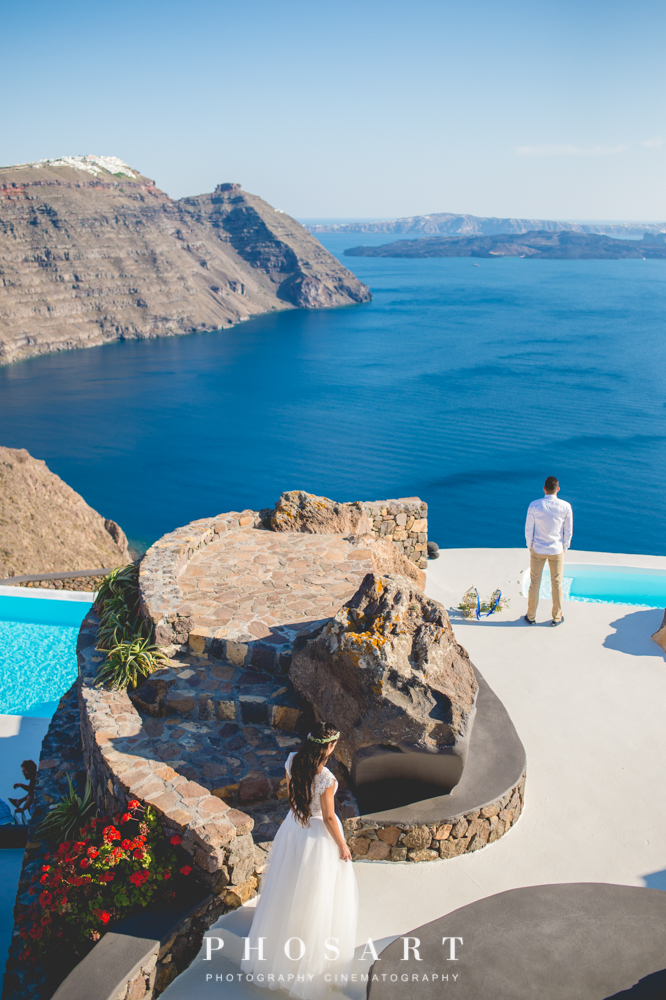 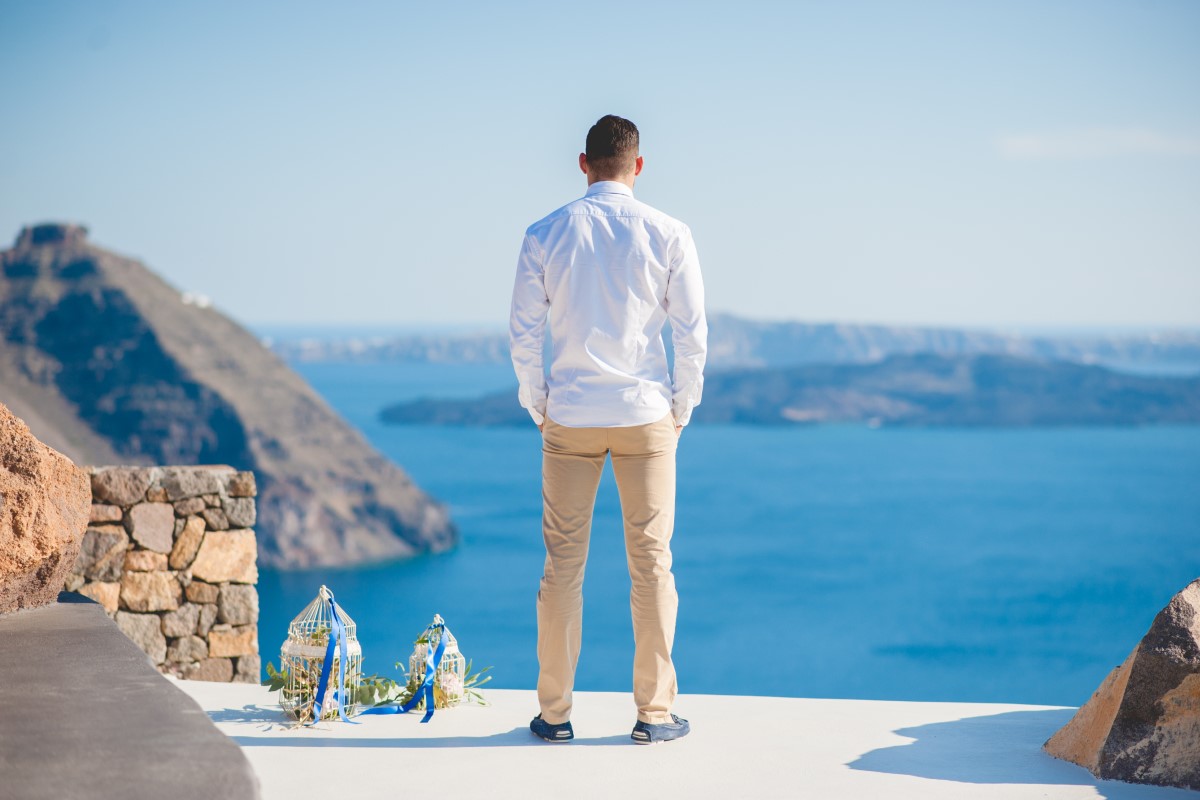 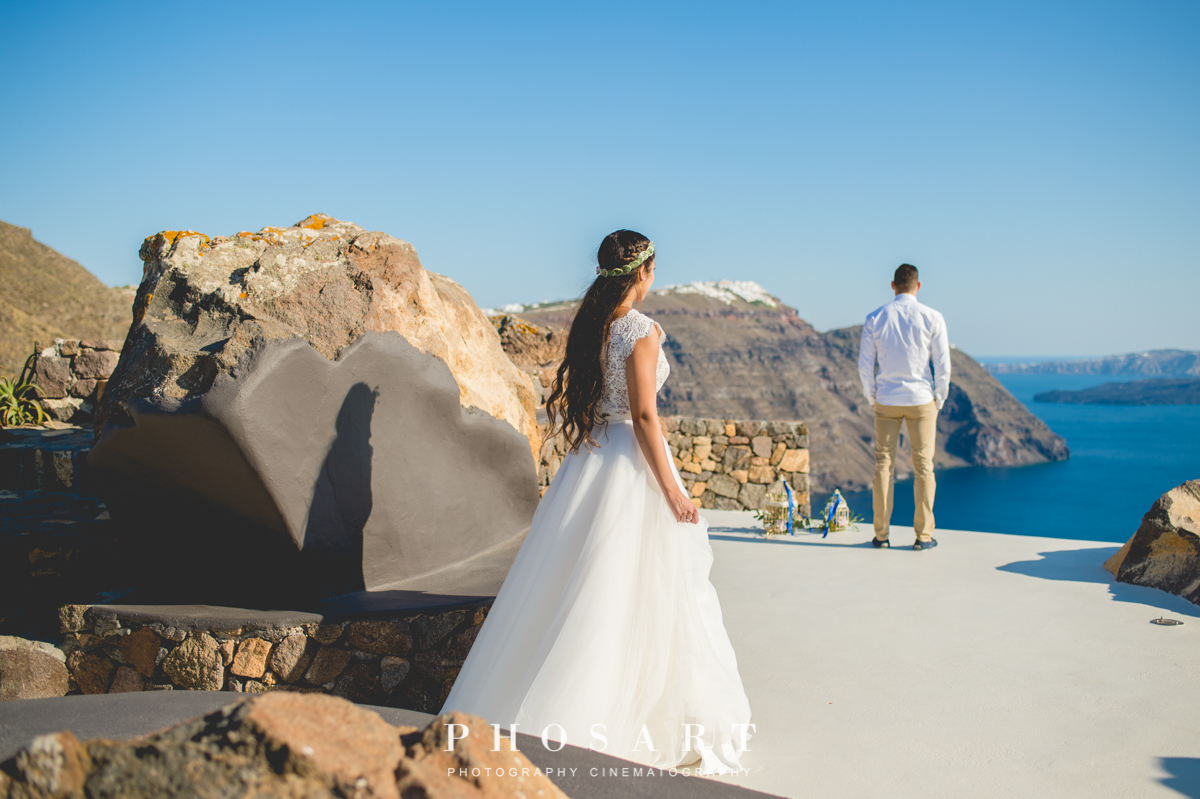 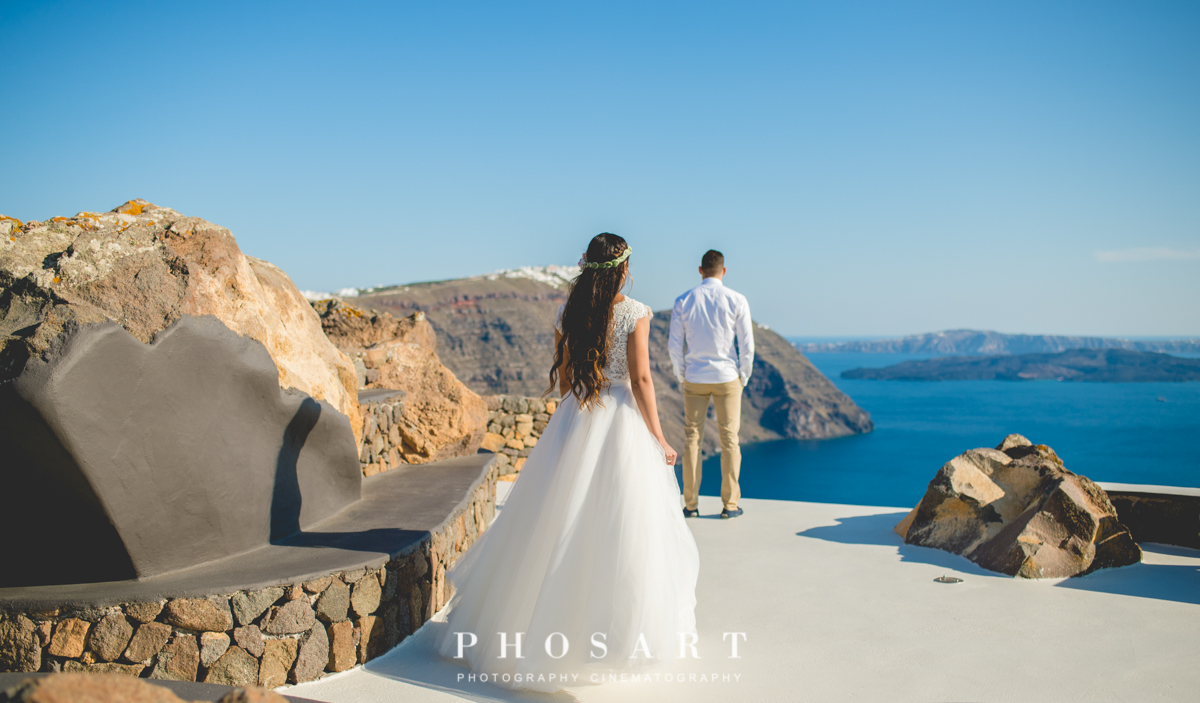 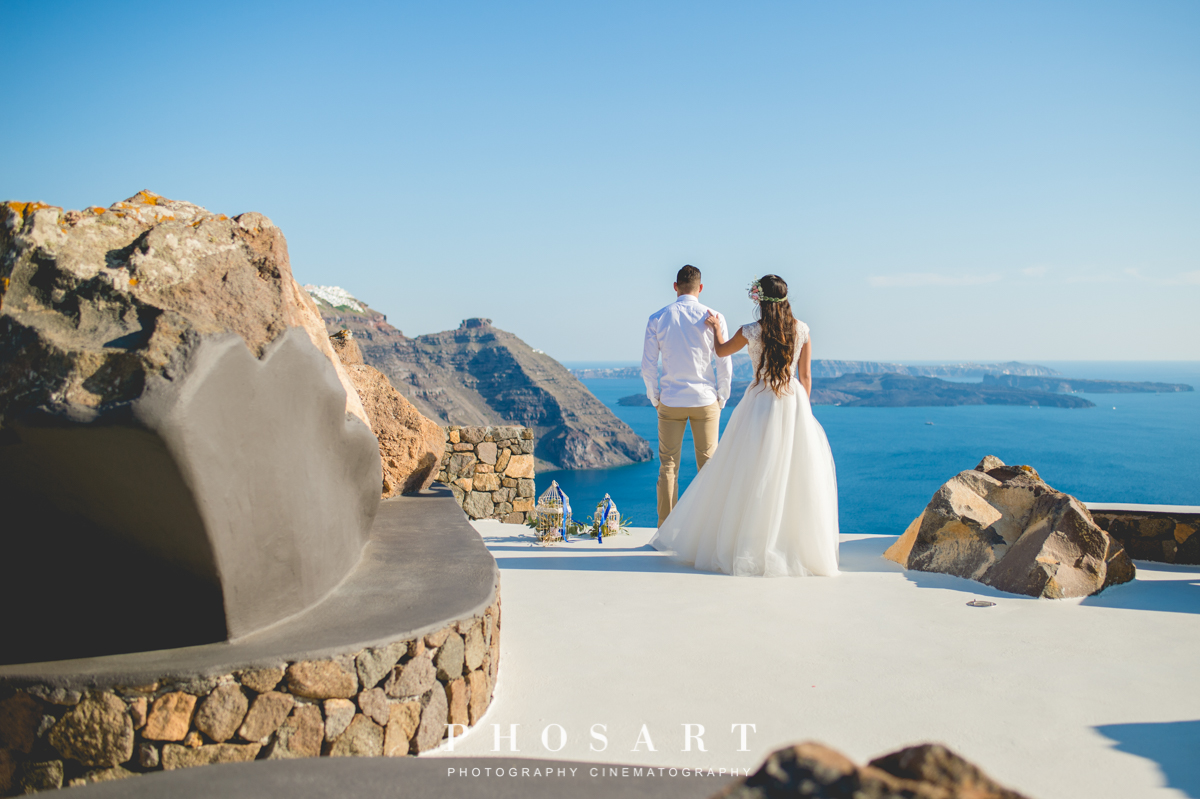 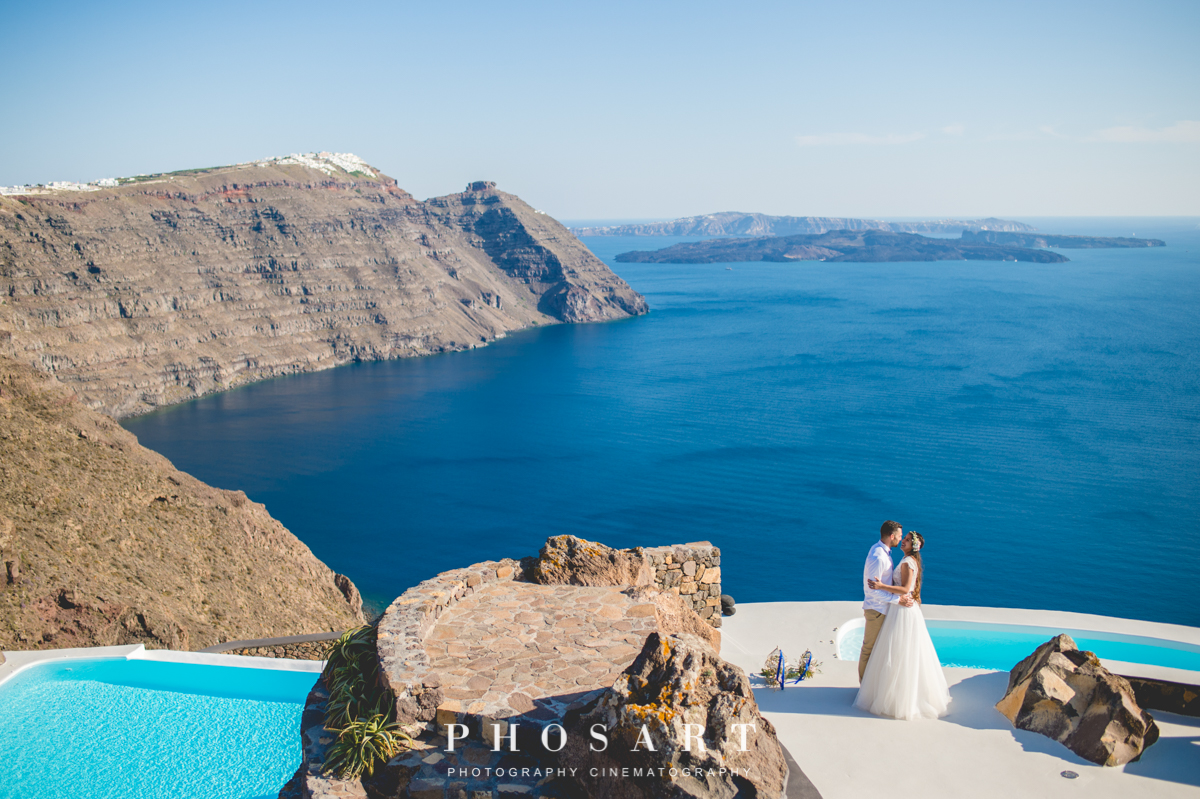 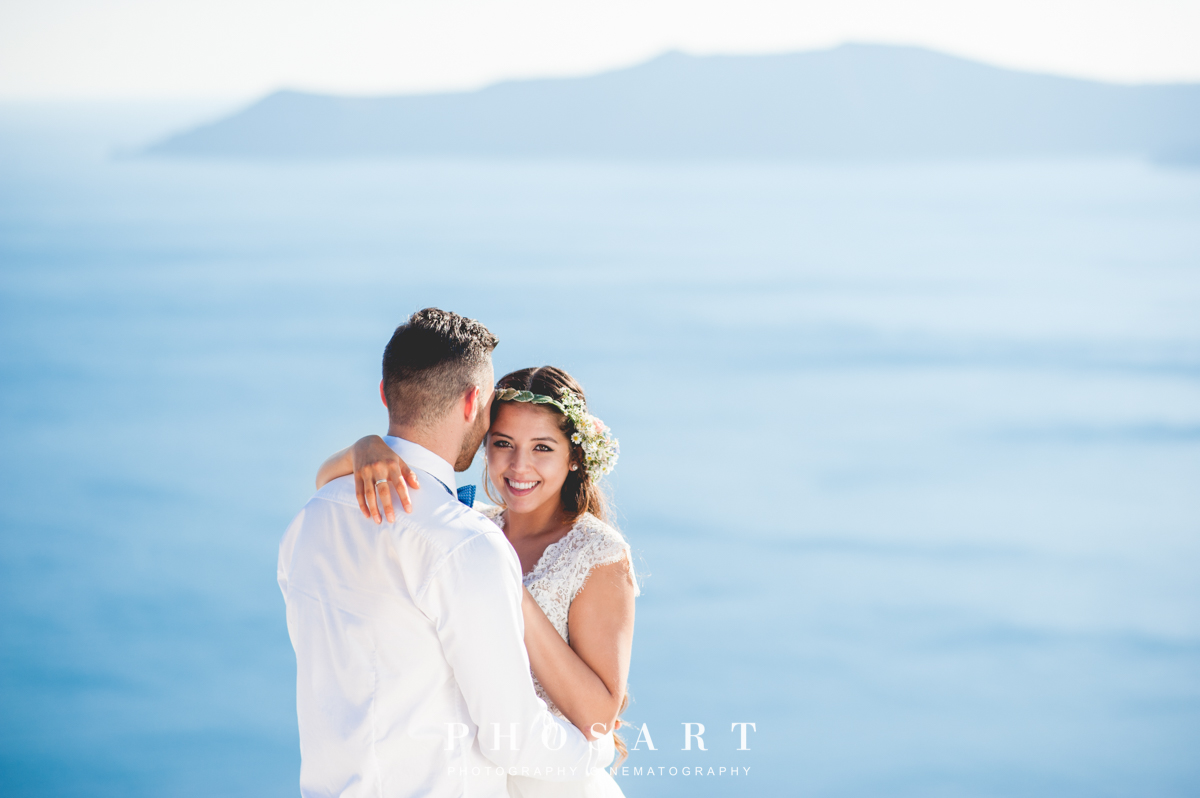 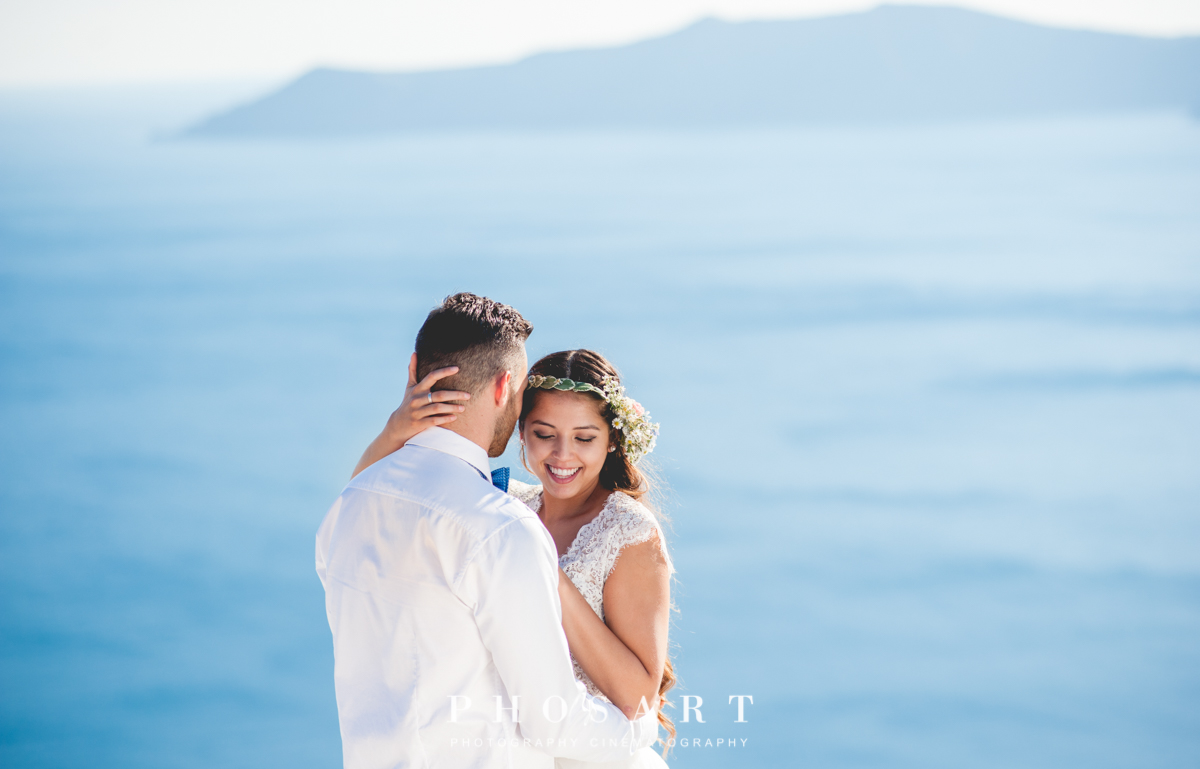 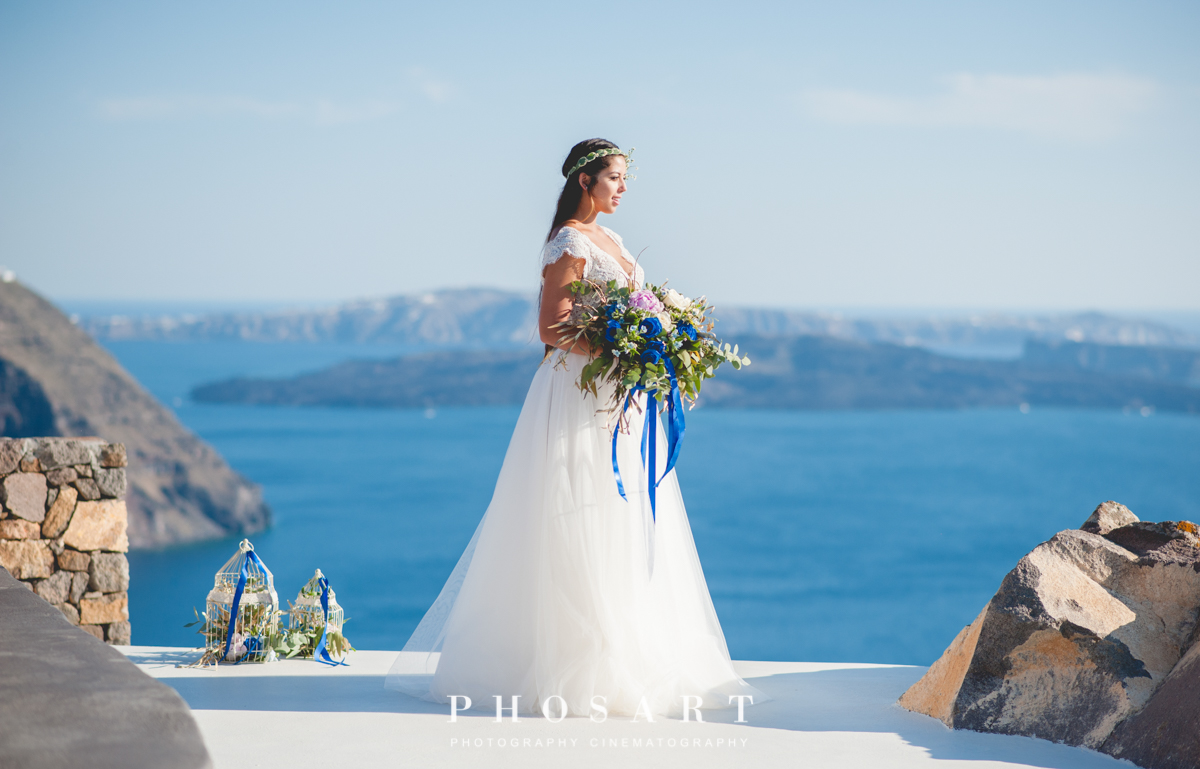 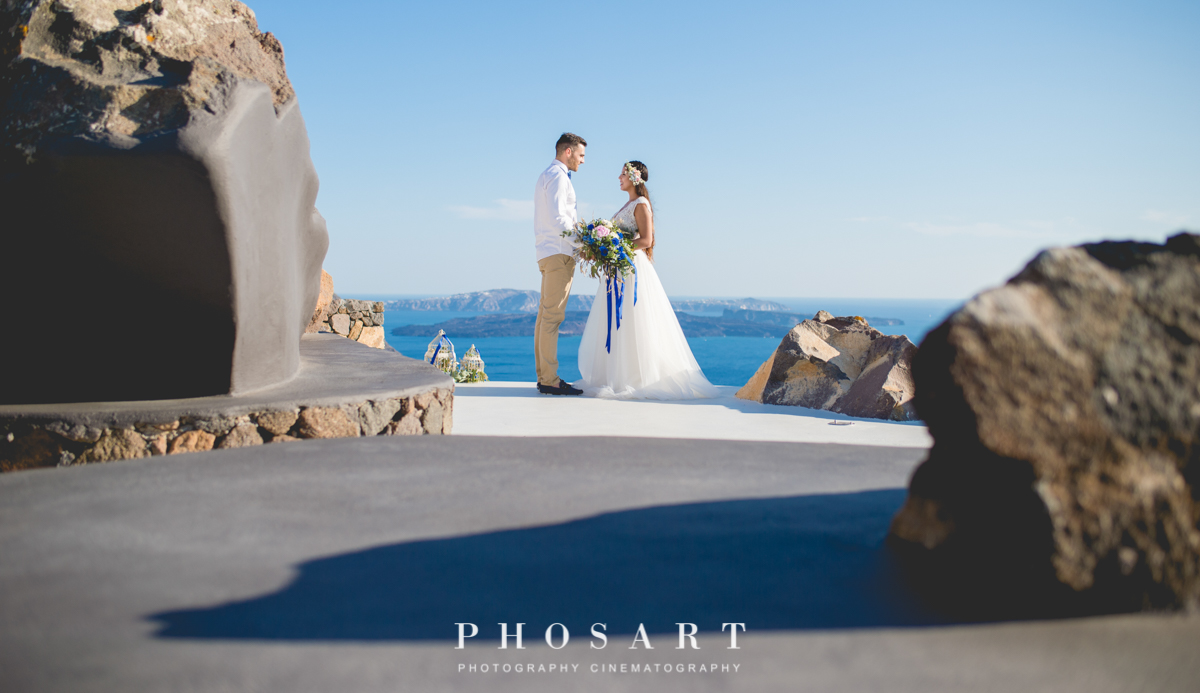 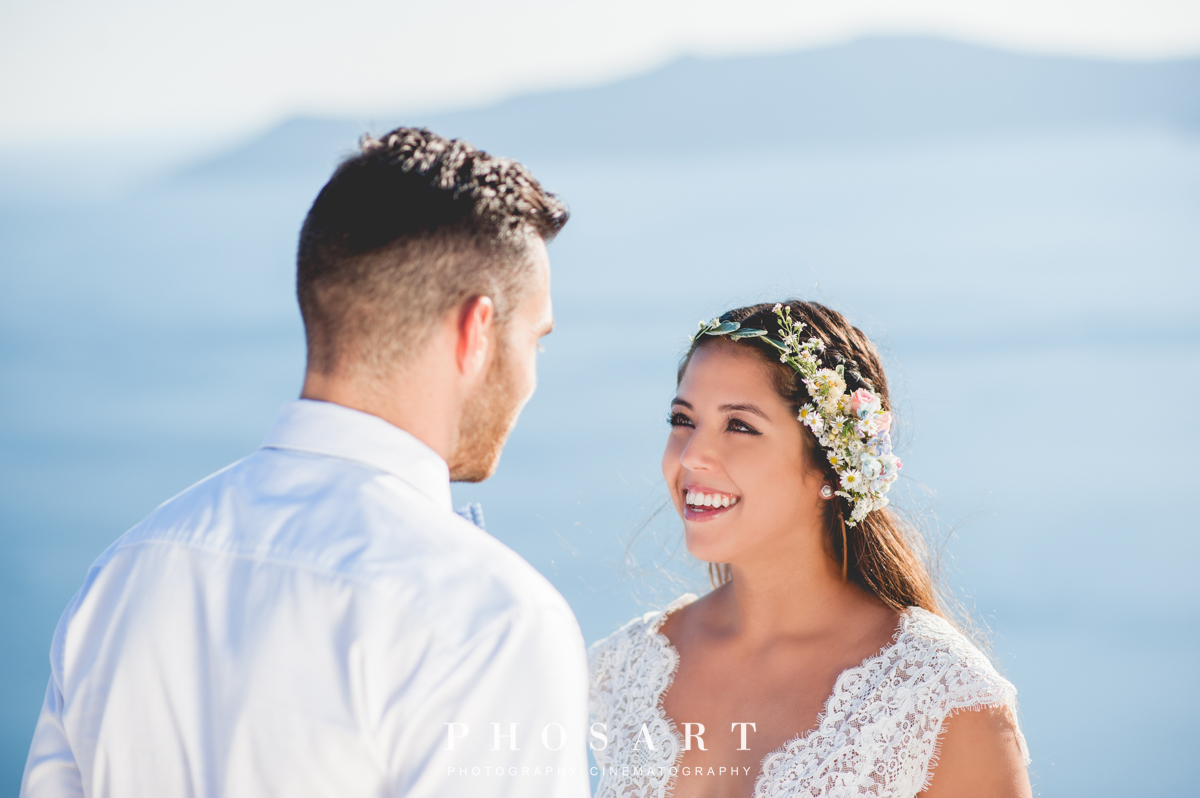 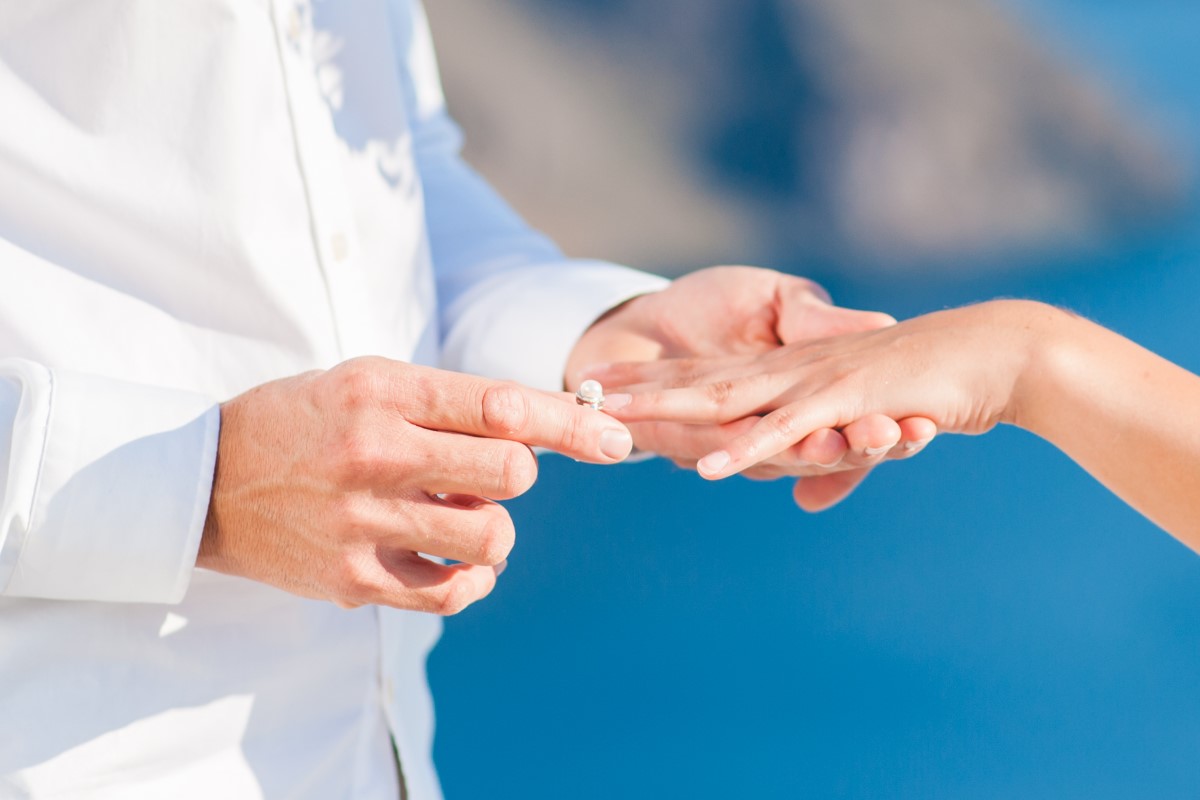 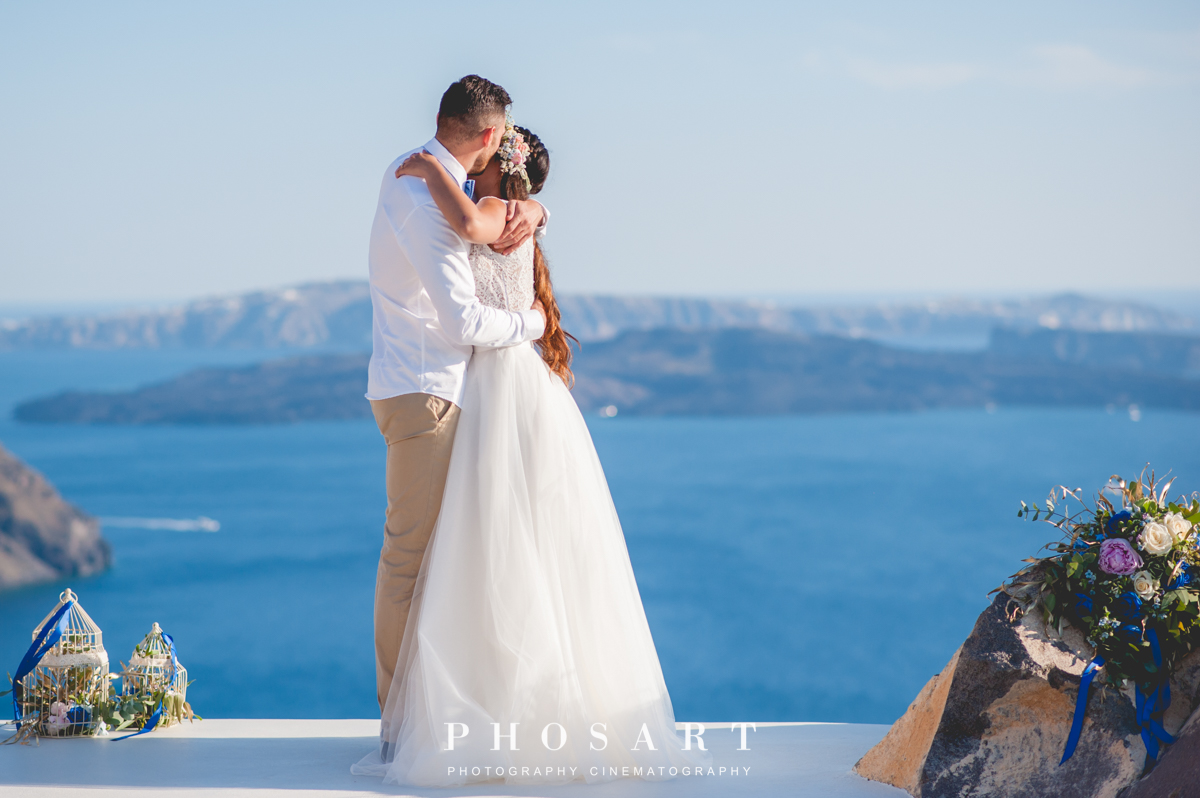 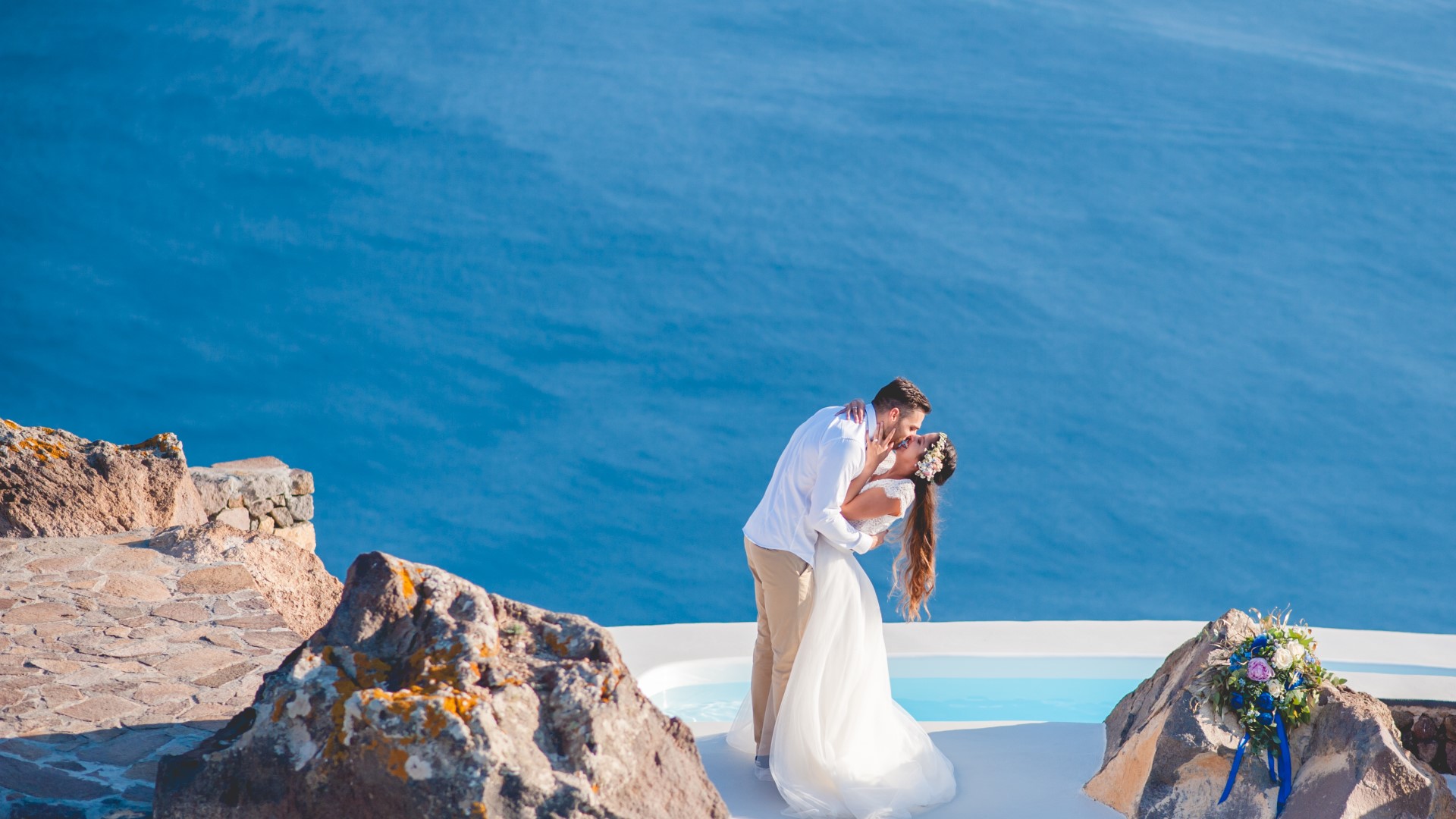 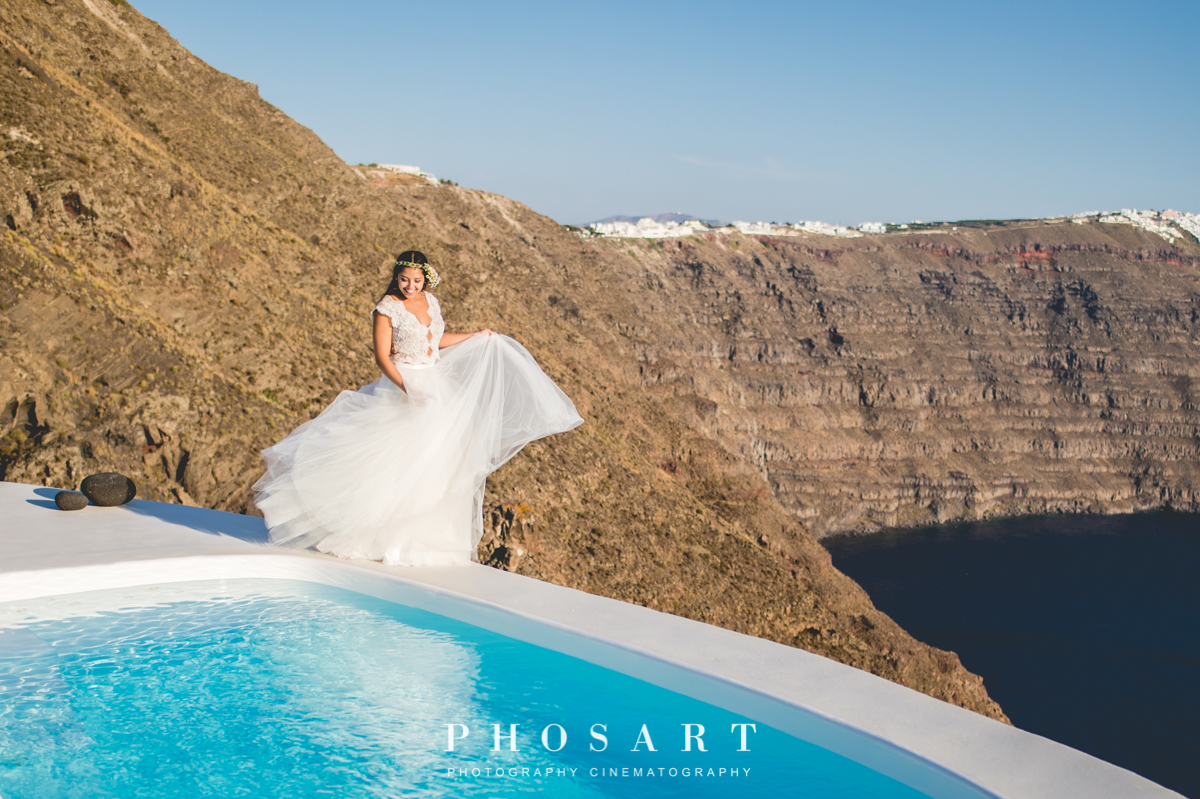 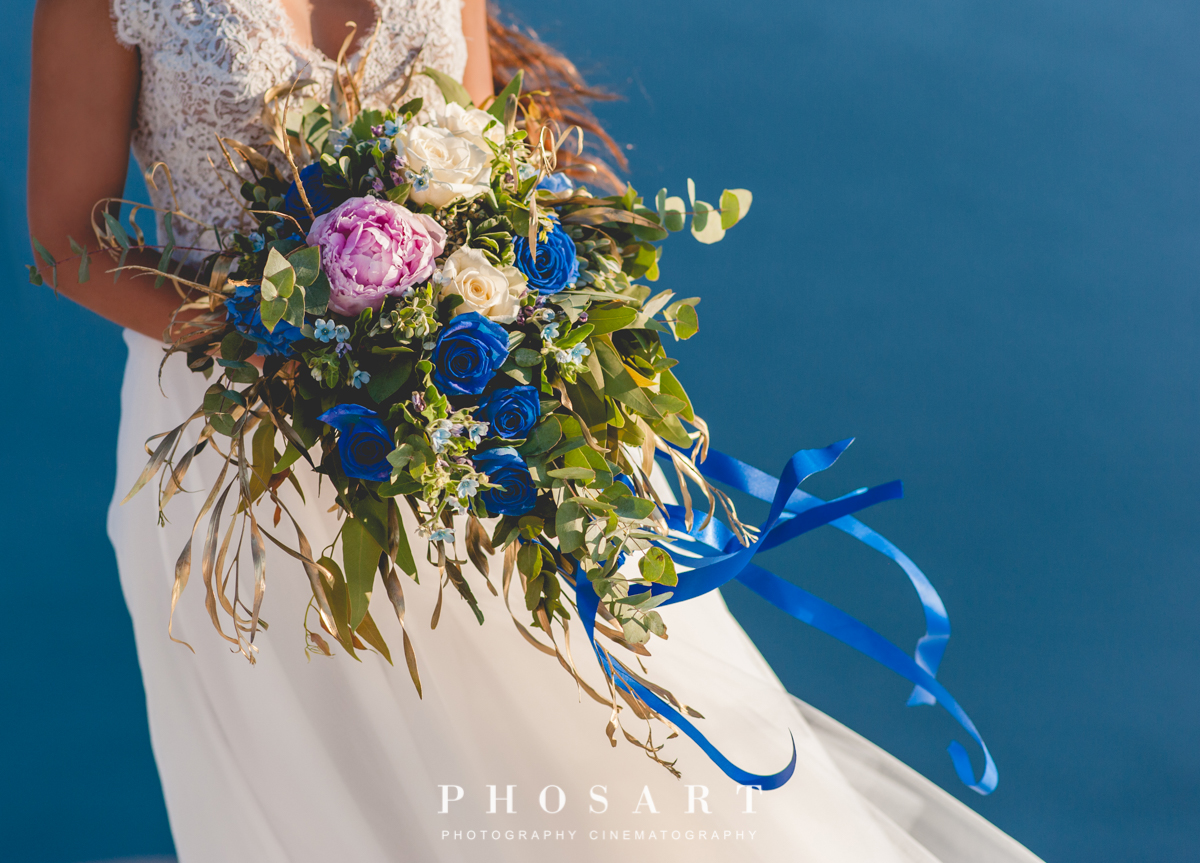 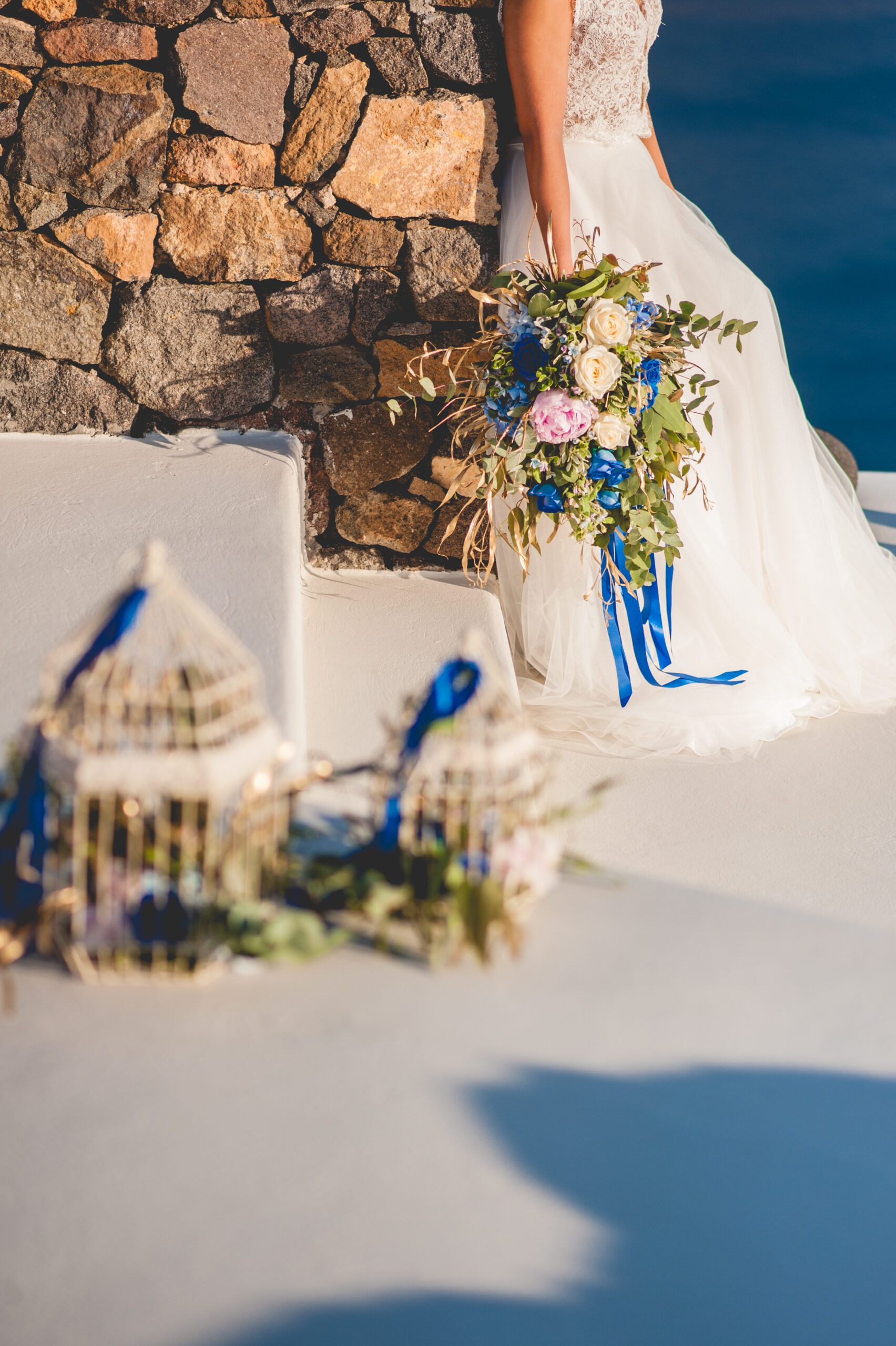 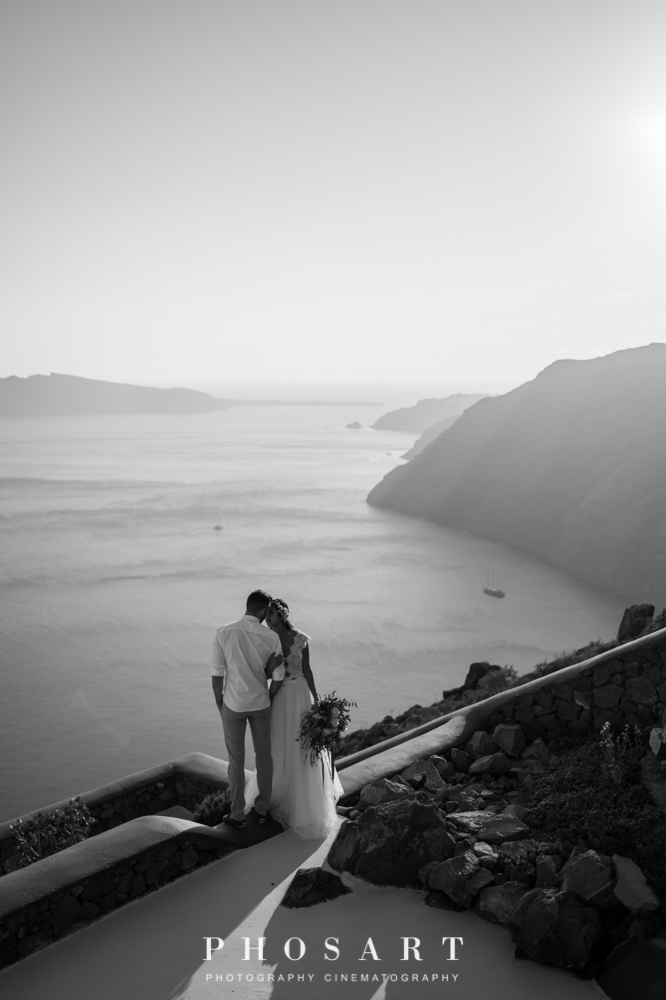 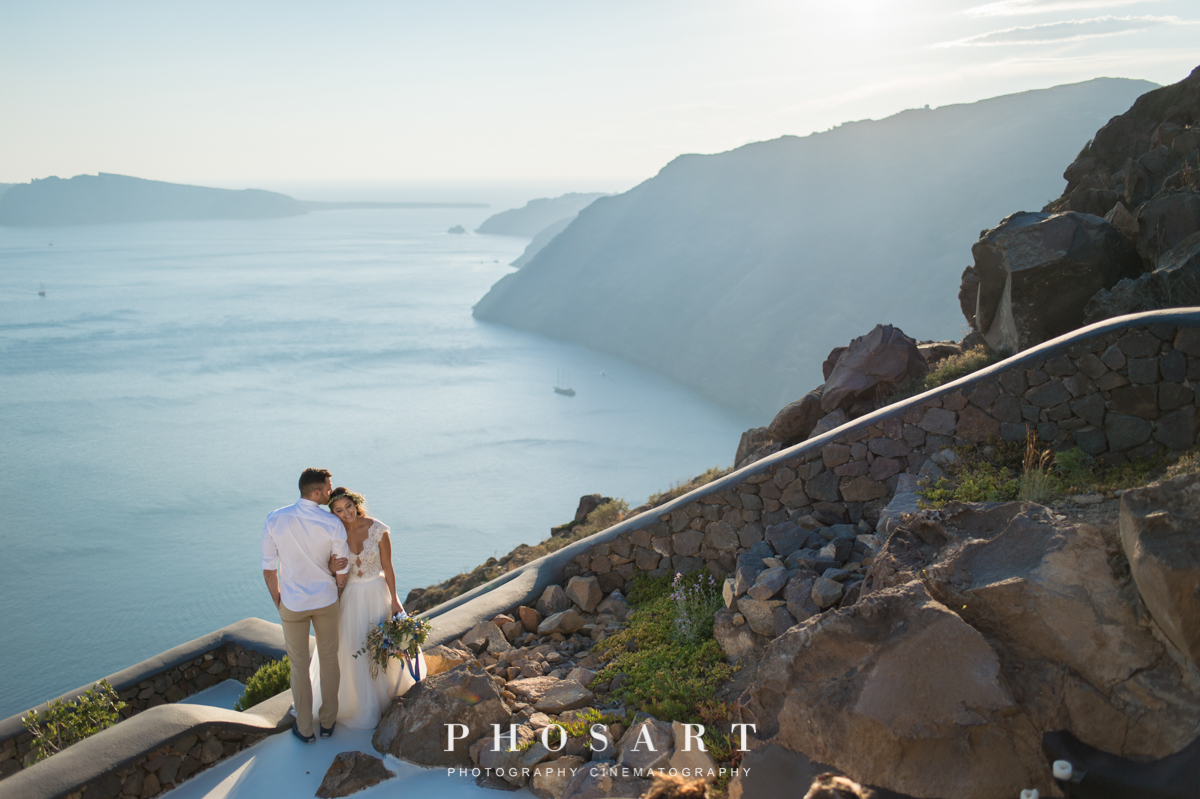 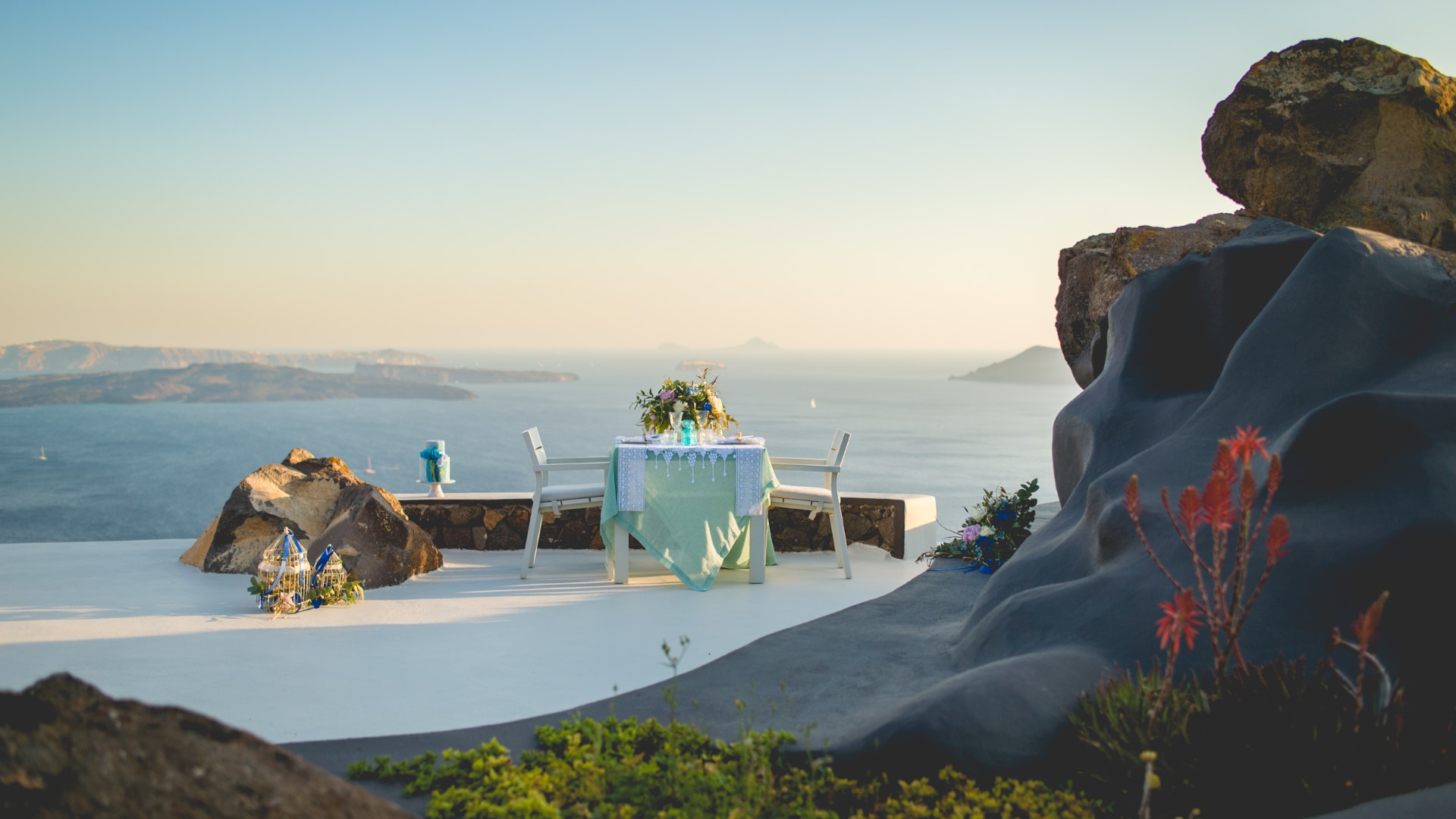 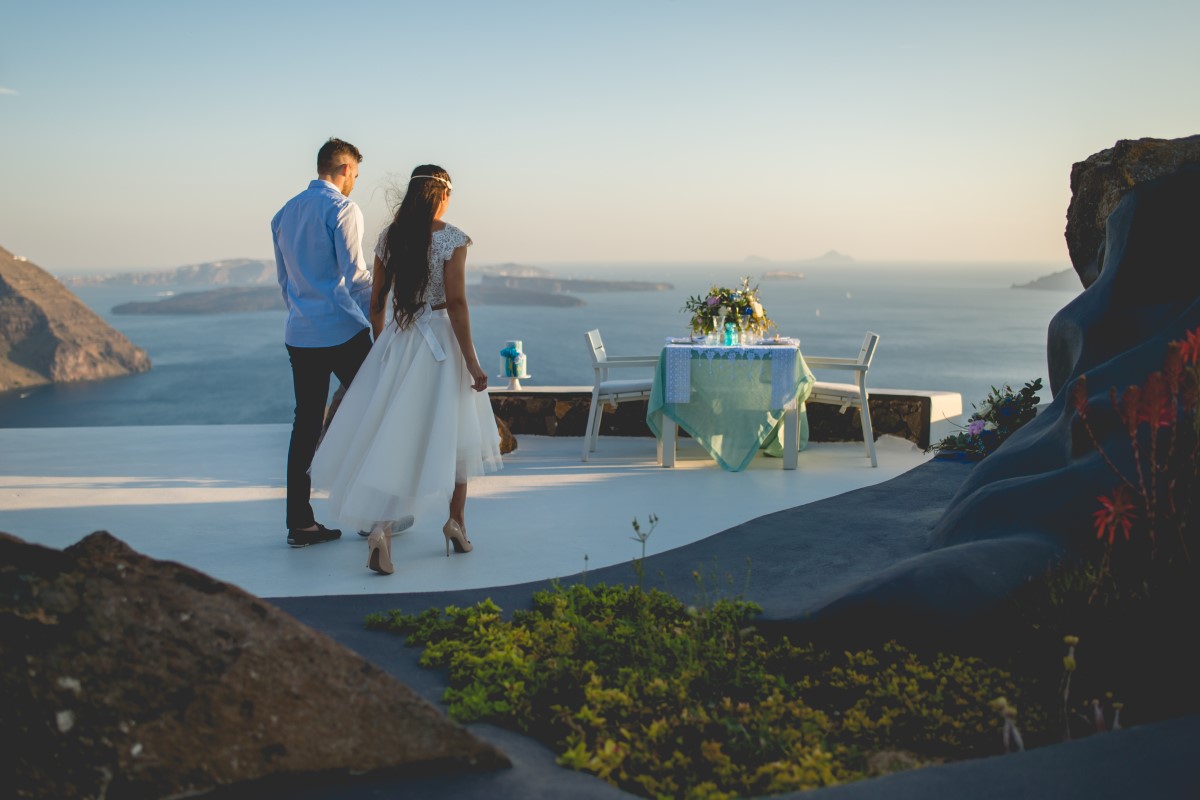 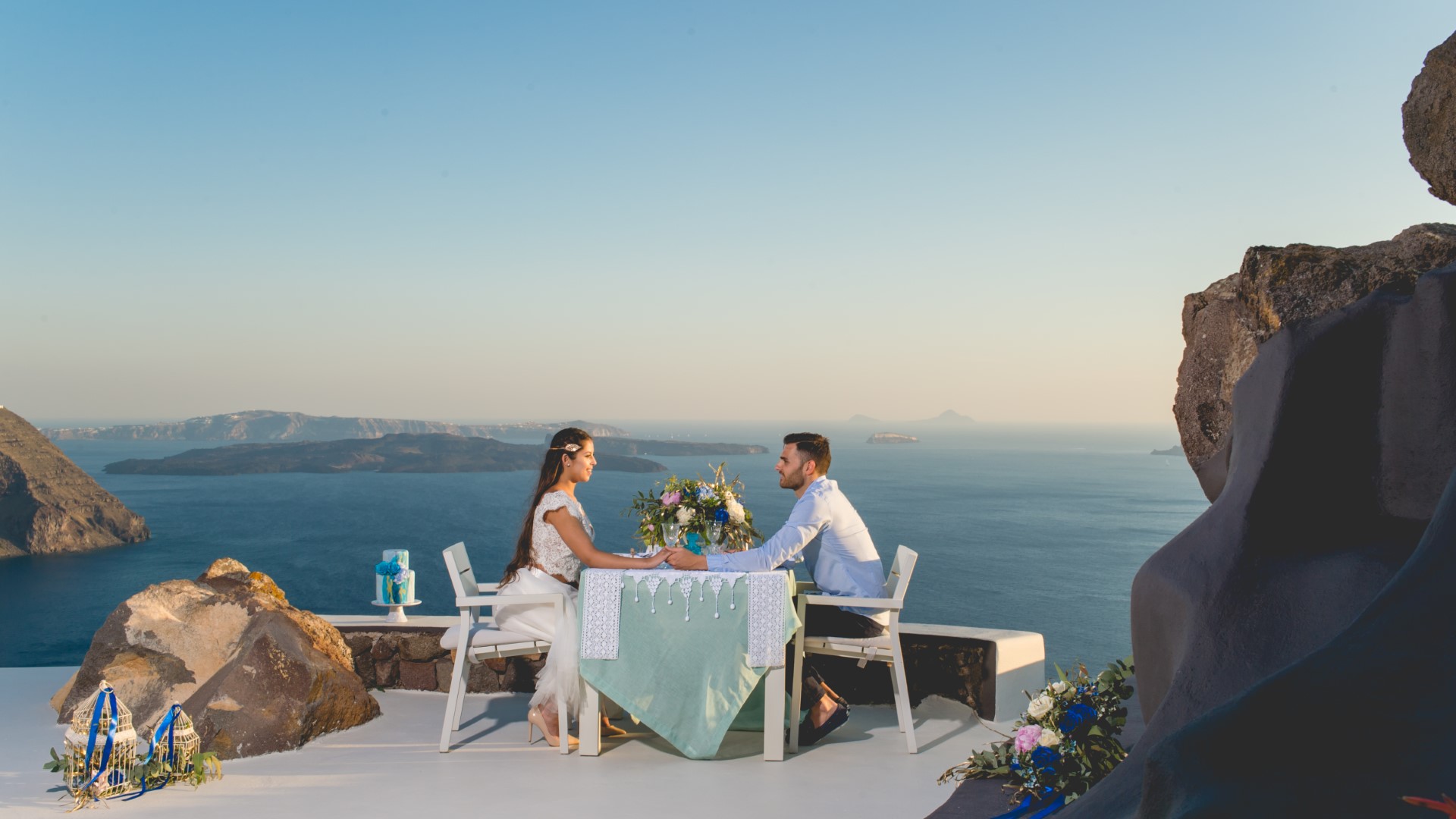 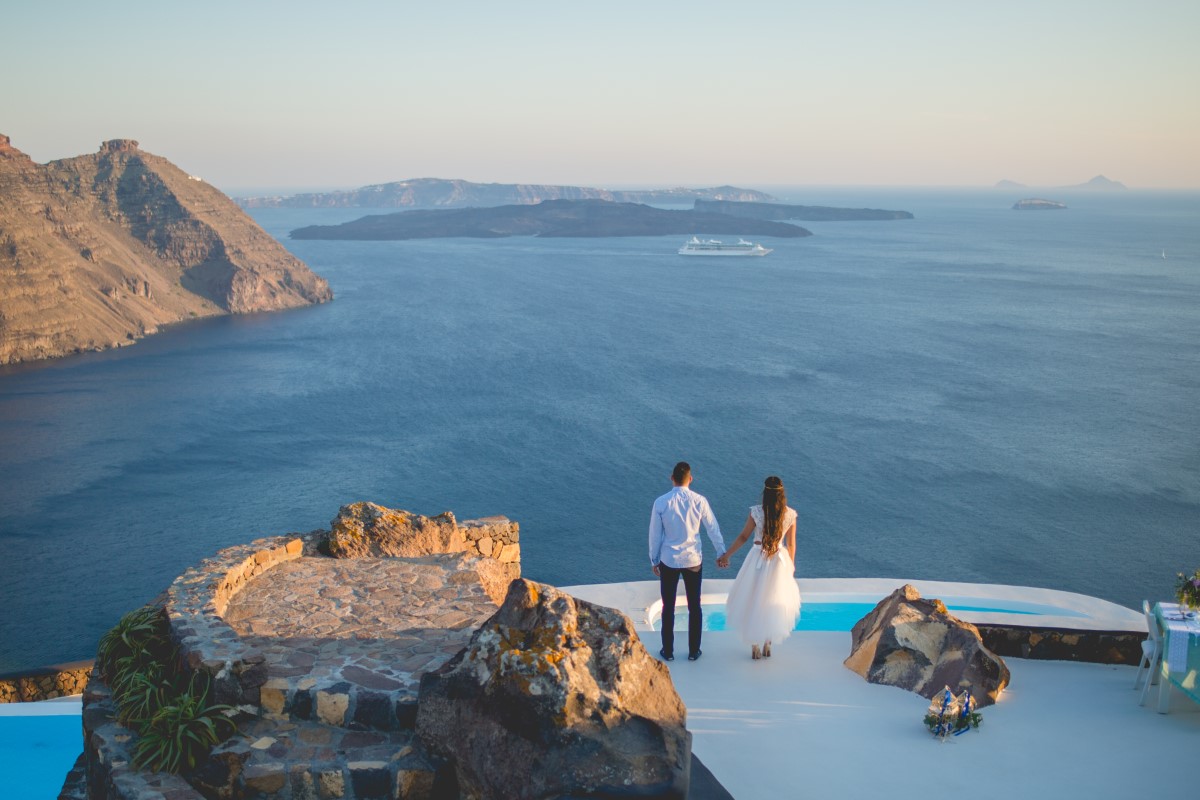 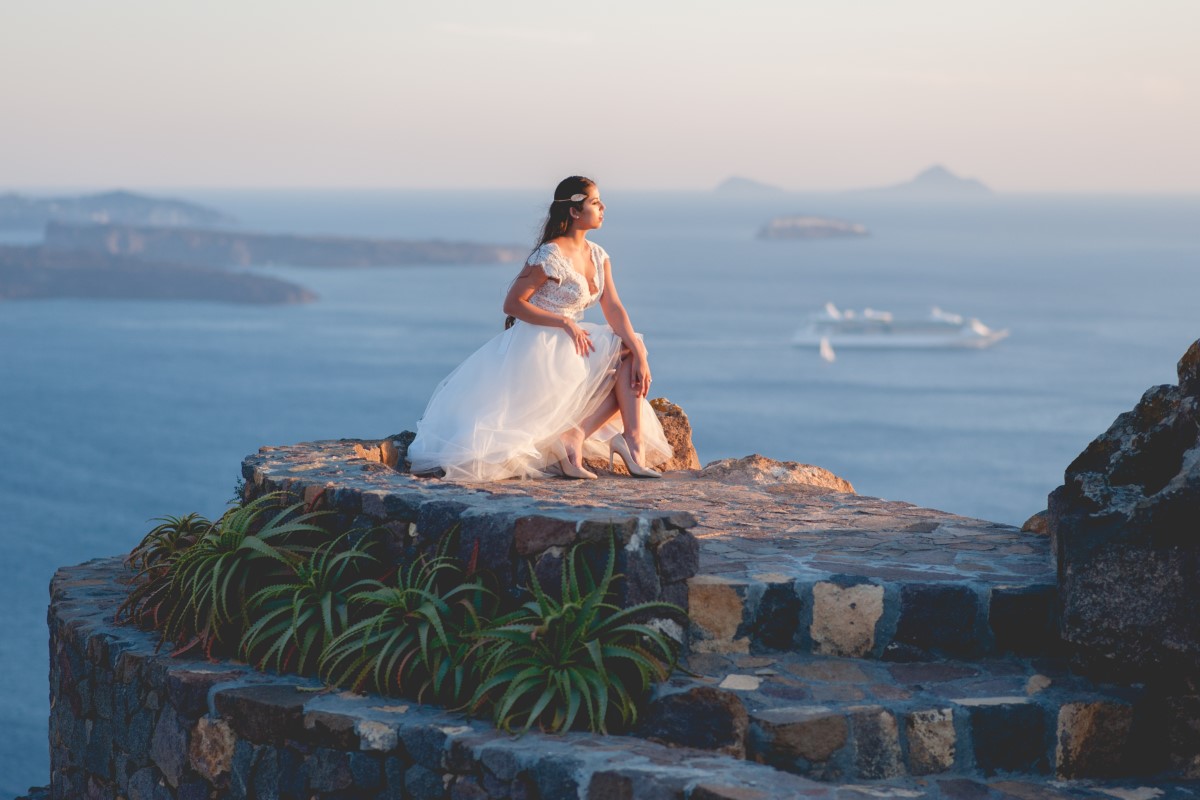